On Monday, the Boston Globe’s front page featured a wide ranging profile of the Progressive Change Campaign Committee and all of the amazing work PCCC members have done to push the Democratic Party to embrace Elizabeth Warren’s agenda and fight for progressive change.

Can you help us continue to fight for Elizabeth Warren’s agenda in 2014? Click here. 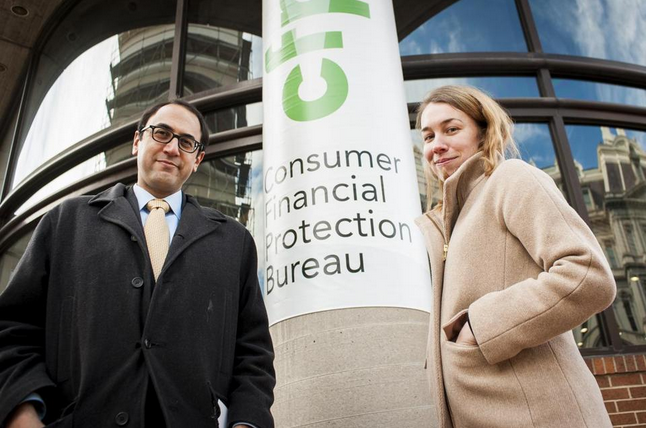 Adam Green and Stephanie Taylor are cofounders of Progressive Change Campaign Committee. The group has been promoting the political profile of Senator Elizabeth Warren of Massachusetts in presidential primary states.

WASHINGTON ai??i?? Elizabeth Warren has pledged she will not seek the White House in 2016, but that has not stopped diehard Warren boosters from promoting her political profile in presidential primary states, saying she is best positioned to push the Democratic Party to the left.

A group called Progressive Change Campaign Committee is waging the most visible of these pro-Warren crusades, training volunteers, meeting with labor leaders in New Hampshire, and handing out stickers with Warrenai??i??s name.

But there are costs to party unity, as the Massachusetts senator becomes a central figure in an intensifying battle for the Democratic Partyai??i??s soul.

The movement behind Warren is not as intense as the conservative Tea Party version for Republican candidates, but pushing against the partyai??i??s center is the goal for both.

ai???Weai??i??re going to make sure that every Democrat who runs for president is forced to say whether they agree with Elizabeth Warren on key issues, like expanding Social Security benefits and more Wall Street reform,ai??? said Adam Green, the 37-year-old cofounder of the group.

Warrenai??i??s impassioned stance on expanding Social Security is in defiance of President Obamaai??i??s proposal to trim the growth of benefit payments in future years. On that issue, and for her strident efforts to curb the power of Wall Streetai??i??s big banks, she was recently criticized by a centrist think tank as leading the Democratic Party ai???over the populist cliff.ai??i??ai??i??

That only further inflamed Warrenai??i??s loyal grass-roots allies, with Progressive Change leading the charge last week. Campaign-style signs that the group has created neatly summarize its dedication: ai???Iai??i??m from the Elizabeth Warren wing of the Democratic Party.ai???

Progressive Change and other liberal groups saw a perfect opportunity to mobilize their supporters and generate more publicity for the battle over the partyai??i??s direction after Third Way, the centrist Democratic think-tank, leveled its attack on Warren in the Wall Street Journal earlier this month.

Can you help us continue to fight back against Wall Street-backed groups that might attack Elizabeth Warren and her progressive agenda?

Add your voice to 125,000 others who are sending a message to Third Way and other Wall Street front groups: You attack us? We’re coming for you! Click here to sign.

The Globe also profiled our initial meetings with Warren, and our relationship growing over time:

The group, founded in 2009 by former MoveOn.org staffers, has been closely intertwined with Warrenai??i??s rise.

In the summer of 2010, Green and 34-year-old cofounder Stephanie Taylor saw an article in Huffington Post warning that the Obama administration might bypass Warren to lead the Consumer Financial Protection Agency. The group gathered about 240,000 signatures, and lots of publicity.

They sat down with Warren a week later at Netroots Nation, an annual conference of thousands of liberal activists, where Warrenai??i??s keynote speech made her the weekendai??i??s most sought-after companion.

A year later, before Warren entered the Senate race, the group led efforts to ai???draftai??? her into the race, with $100,000 in contributions, hundreds of house parties, and a list of activists gathered from the fight over the consumer agency. A week before Warren declared her candidacy, Green and Taylor sat on her front porch in Cambridge and talked about the nature of power as they sipped iced tea.

They talked about it again in a 30-minute rousing conference call that Warren held with hundreds of Progressive Change supporters, just three days before she defeated Senator Scott Brown.

ai???Elizabeth Warren is one of us,ai??? Taylor told her fellow activists.

Help us continue to fight for progressive change and push Elizabeth Warren’s agenda to the center of conversation within the Democratic Party — now, in 2014, and in 2016. Click here to invest in our bold progressive organizing.