Donna’s on Our Side 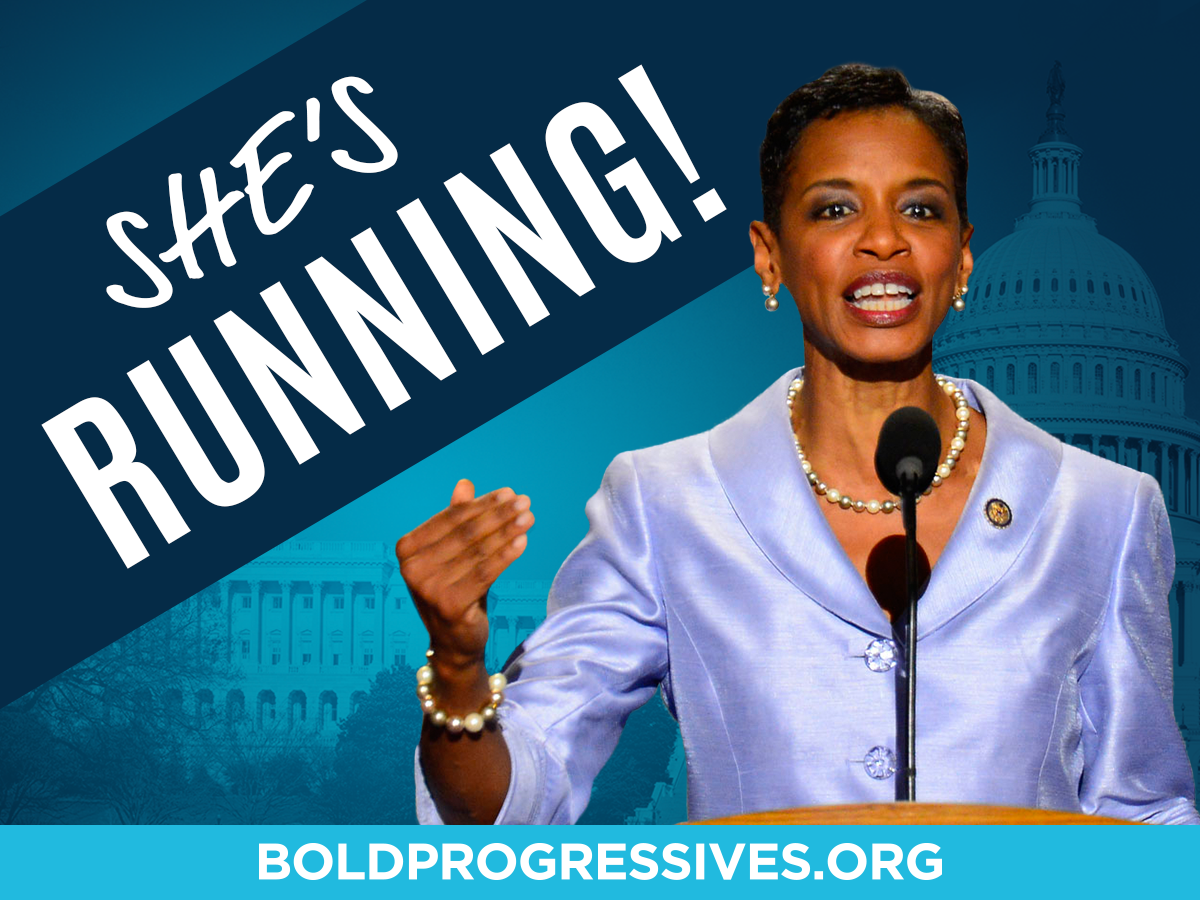 Itai??i??s official — Donna Edwards is in! Thousands of PCCC and Democracy for America members across the nation urged Donna to run for U.S. Senate in Maryland, and she heard us loud and clear!

Donna sent PCCC a note this morning: “Thank you to all the PCCC and DFA members who urged me to run. You showed me the type of grassroots support I can count on. I’m in! Together, we will make this a people-powered campaign about bold progressive issues.”

Chip in $3 to help bold progressive Donna Edwards start her campaign with momentum!

Donna Edwards has proven time and again that she’s a bold progressive. She’s not just an ally — she’s one of us.

Donna started as a community activist. Then, she was aAi??founder of a progressive nonprofit. In Congress, she’s devoted her time to taking on powerful interests — even defeating an entrenched Wall Street Democrat to win her seat.

Donna was the first member of Congress to introduce an amendment to overturn Citizens United.Ai??She led the National Network to End Domestic Violence. And Donna agrees with Senator Elizabeth Warren that we should expand Social Security benefits — never cut them.

Corporate “New Democrats” have been attacking the “Warren wing” in the press. They think the way to win is to cozy up to corporate interests and protect the status quo. The way bold progressives fight back is to elect more people like Donna Edwards.

Like Massachusetts, a state as blue as Maryland can give the nation the gift of a bold progressive leader.