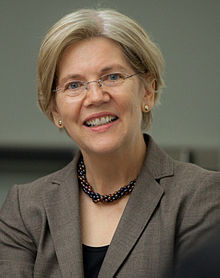 The best way to ensure this does not happen is to let Americans know what’s happening in the negotiations. Unfortunately, while over 600 corporate advisors have access to these negotiations, most Members of Congress, the public, journalists, and civil society do not.

Today, Sen. Elizabeth Warren (D-MA) called on U.S. Trade Representative nominee Michael Froman to reveal these secret trade negotiations by revealing the bracket text of the agreement or at least provide information on the level of detail on negotiations made available to advisory committees. From the text of a press release from Warren’s office, detailing a letter to Froman:

“If members of the public do not have reasonable access to the terms of the agreements under negotiation, then they are unable to offer real input into the process,” Senator Warren wrote in the letter. “Without transparency, the benefit from robust democratic participation – an open marketplace of ideas – is considerably reduced.”

Sen. Warren highlights the Administration’s unwillingness to provide to the public composite bracketed text relating to the negotiations. This text includes proposed language from the United States and other countries, and serves as the focal point for negotiations. She noted that the Bush Administration, while not embracing full transparency, at least released a scrubbed version of the bracketed text in 2001 during negotiations over the Free Trade Area of the Americas (FTAA).

In the letter to Froman, Sen. Warren asks the USTR nominee if he would immediately make public the bracketed text of the TPP, or at least support the Bush Administration’s half-measure toward transparency. She also asks Froman to provide information on the level of detail on negotiations made available to advisory committees, so that those groups can give complete and accurate advice to the Administration during the development of the agreement.