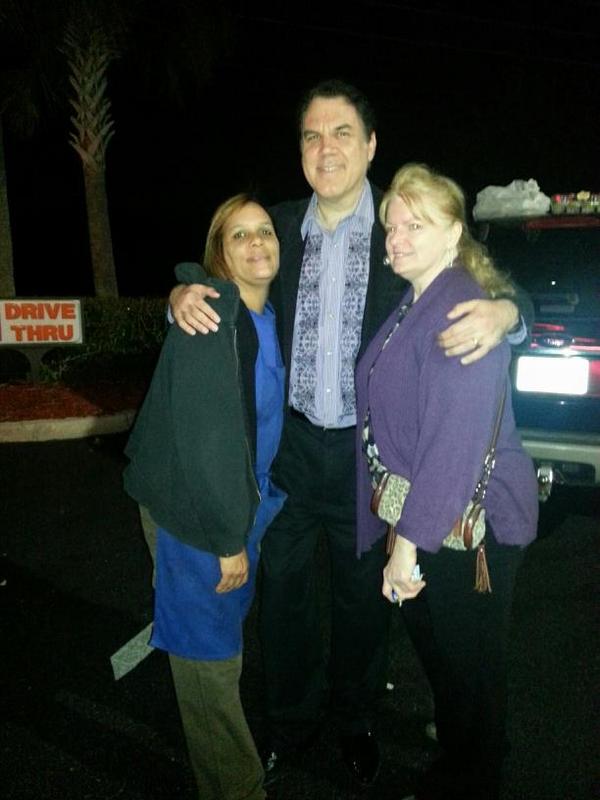 This past week, hundreds of Wal-Mart employees and thousands of their supporters took part in historic walk-outs and demonstrations to protest the chain’s low wages and intimidation of its workers. As we told you earlier, congressman-elect Alan Grayson joined a striking employee at a Florida Wal-Mart.

Over at Democratic Underground, Grayson has written about his experience at the Florida Wal-Mart. “WalMart accounts for more than ten percent of all of the retail sales in the United States. It is the largest private employer in the world, with more than two million employees. And even though those employees comprise barely ten percent of its cost of doing business, WalMart exploits them mercilessly,” writes Grayson. “Now WalMart employees are starting to organize, starting to fight back.”

We appreciate Grayson’s support and encourage other Members of Congress to continue to speak out against Wal-Mart’s practices.

We’ve posted Grayson’s letter in its entirety below:

My Thanksgiving ai??i?? A Turkey Sandwich at WalMart

I did not spend Thanksgiving evening with my wife and my five children. I spent it, instead, handing out turkey sandwiches to workers in WalMart. And showing my support for one brave soul who walked off the job in protest against exploitation.WalMart ai???associatesai??? make an average of just more than $10 an hour. That means that if they manage to get a full 40 hours a week ai??i?? and many donai??i??t ai??i?? they get paid $1,700 a month, before taxes. Somehow, that is supposed to pay for their food, shelter, clothing and medical care, and that of their children. Quite a trick.

In state after state, the largest group of Medicaid recipients is WalMart employees. Iai??i??m sure that the same thing is true of food stamp recipients. Each WalMart ai???associateai??? costs the taxpayers an average of more than $1,000 in public assistance.

How underpaid are WalMart employees? This underpaid: if every one of them got a 30% raise, WalMart would still be profitable.

WalMart employees in the United States are not unionized. WalMart has used every trick in the book to prevent its employees from organizing. In 2005, in Canada, WalMart closed a store that had voted to go union. Recently, in Orlando, WalMart fired an employee who had just talked about unionizing. When he came back into the store, many days afterward, to say hello to his former colleagues, they handcuffed him.

Itai??i??s time to do something about this.

So on Thanksgiving, knowing that WalMart employees were missing dinner with their families, we walked into the local WalMart and handed out dinner to them. We gave them a paper bag that had three things in it: (a) a turkey sandwich, (b) a bag of chips, and (c) a letter explaining their right to organize.

There were two points to this. One was to inform the workers of their rights. And the other was to demonstrate to them, vividly, that they are not alone.

The WalMart manager had the police escort us out of the building. For handing out sandwiches. And for showing WalMart employees that they are not alone.

One brave ai???associate,ai??? who had had enough of this mistreatment, walked out with us. Which is her right, under the law, to protest WalMartai??i??s unfair labor practices. In fact, a while back, 200 employees walked out of a WalMart store, all at the same time. That really shook up the bosses.

By the way, she made sure that she finished serving her customer before she left. Sheai??i??s that kind of person. WalMart actually could use a few more like her.

I showed my support. I gave her a hug.

And so it begins. WalMart accounts for more than ten percent of all of the retail sales in the United States. It is the largest private employer in the world, with more than two million employees. And even though those employees comprise barely ten percent of its cost of doing business, WalMart exploits them mercilessly. Now WalMart employees are starting to organize, starting to fight back.